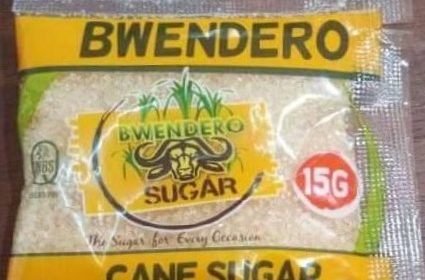 This article exposes the way in which John Magara and Bwendero sugarcane Factory, with support of Ugandan government investment in local agro-industry, have been violating the fundamental rights of communities, killing people and destroying livelihoods and ecosystems over the last five years.

Hundreds of people have been affected by a 2018 land grab in Hoima district in which John Magara and his two companies grabbed land totalling 750 hectares. Many Families have lost the means to produce food and earn a living as John Magara and his companies have converted farmlands into sugarcane plantations. With the establishment of the Sugar Factory, local communities have lost their cultural heritage.

According to the Albertine Watch investigation, it’s evident that both John Magara and his factories receive financial support from, Uganda government for establishing the factories. He has also received loans from Equity Bank of Uganda for this same project.

As described above, the sugar factories cover the land in 10 villages in Kotoba and Kigorobya sub-counties, including areas of Birungu, Budaka,  Bulyango, Karongo/kibanjwa, Kiragura and Kiryangobe among others, though these are not the only villages where people are affected by the sugar factories. Our findings revealed that the factory had already grabbed over 2 million acres of this community. According to the Uganda National Bureau of Statistics, the total population in this community are more than 44,384 people living in Kitoba.

Community members have complained about harmful chemicals used on the sugarcane fields flowing into streams they rely on for water. The effects of the factory on livelihood are significant. People are losing access to farmland, and the environmental destruction is undermining food sovereignty far beyond the factory. The pollution of rivers and streams is affecting people living both nearby and downstream from the factory. The loss of farmland to John Magara and his Sugar Factory will affect overall food production in the region. In exchange, the companies produce sugar for export, contributing nothing to food production for the people of Kitoba, Hoima district and Bunyor at large.

While the effects of the sugar factory are being negatively felt by the communities, local livelihoods have been disrupted by the factory, very few people from the communities are employed by the factory. In two villages, many members of the communities have worked for the factory; some told the Albertine Watch that they had nothing else to do. Elsewhere, just a handful per village has worked for the factory. In recent months, opportunities for employment have decreased over time. The factory need for labour has been greatest during early operations such as clearing land. In contrast, harvesting sugarcane, for example, requires relatively little labour since most are done using machinery.

Evidence indicates that most of the workers employed by the factory come from other districts in Uganda. Some workers the Albertine Watch have spoken with reported that they had ended up going home without payment. In January 2021, the situation became so difficult that workers reportedly started selling Sugar and fuel belonging to the factory because they were not being paid their salaries. At least ten people accused of selling the Sugar and Fuel were severely beaten by senior employees of the Bwendero Sugar factory that belong to John Magara. Workers have also been tortured on several occasions. It seems that the factory has a systemic pattern of violating labour laws to keep operating expenses low. There is also verified evidence that the Bwendero sugar factory is employing child labour as young as 8 years old.

Community members who have opposed the factory have been silenced and threatened with death and imprisonment. Although they are being threaded they are determined that they will continue to speak against the injustice they are subjected to by the Bwendero sugar Factory.

Bwendero sugar factory was established in 2018. The factory is located in Kitoba sub-county, Hoima district approximately 15 km by road North of Hoima, off the Hoima Kigorobya road. The factory worth 22 billion Ugandan shillings is owned by Hoima based John Magaraa businessman who is also the proprietor of Bwendero Dairy farm and Hoima Buffalo Hotel located in the same region. The factory deal mainly in grain mill products, starches, alcohol distillation, gold refinery and more recently they have started production of hand sanitiser to meet the demands of Covid-19 prevention measures.