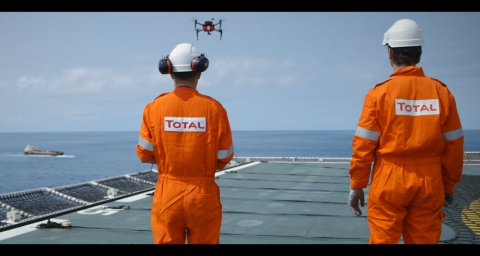 Established in 2012, the Oil and Gas Protection Police and the Chieftaincy of Military Intelligence (CMI) with funding from TotalEnergies, are conducting surveillance and using spyware and malicious technologies to target the communications of environmental activists, human rights defenders, journalists, as well as members of Civil Society organizations working to stop the East African Crude Oil Pipeline-EACOP. This highly sophisticated operation is being conducted from Hoima and Buliisa districts respectively, according to intelligence details gathered by the Albertine Watch.

The Uganda Oil and Gas Police Unit will infect and conduct surveillance targeting computers, phones, websites, email, and social media pages of these organizations . Among others, they will remotely monitor in real-time the information on activists devices, websites, social media pages, memory cards, and mobile phones that will be accessed during the operations. The targeted organizations and individuals will not have any knowledge of the attack as it happens. The Police will get unauthorized access to Passwords, and sensitive files containing witness testimonies. Everything will be manipulated without the knowledge of targeted organizations and individuals environmental activists and human rights defenders.

TotalEnergies has funded the operation at a cost of USD$ 2 million. The Police have already spent the larger part of the funds to acquire surveillance technologies and malware for the operation. Part of the budget will be used to bribe activists who are close to those organizations and individuals they intend to target, according to intelligence details gathered by the Albertine Watch. The Oil and Gas  Police Unit will receive additional funds from CNOOC to widen the scope of its operations against environmental activists and human rights defenders working to stop the East African Crude Oil Pipeline.

The purpose of this operation is to implicate activists in unlawful activities. Evidence collected from these operations will be used to prosecute human rights defenders, environmental activists, and organization leaders on grounds for participating in money laundering, terrorism financing, and or subversive activities aims at opposing or frustrating Government development projects. Those who will be implicated in these operations will be sent to prison, their NGOs will be closed down and operation permits will be canceled as they are perceived as threats to the East African Crude Oil Pipeline.

Similarly, the Police will find out who the activists and human rights defenders’ contacts are, their passwords, their social media behaviors, and their texts. Their conversations with donors and the people who support their works will be recorded. Police will find out everything about the activists, tap into their network, find out about their work and lists of past and current or future potential donors, project proposals they have submitted, and the budget, and destroy everything without the knowledge of the target individuals and groups.

Previously, the Ugandan Government acquired a communications monitoring center, five years after its Parliament passed the Regulation of Interception of Communications Act. in 2015, the Ugandan Police procured further technologies from intrusion malware supplier and rival to Gamma Group, Hacking Team. This was procured to target political opponents and others for surveillance.

According to Privacy International, the use of surveillance technology by the Ugandan government has chilled free speech and legitimate expressions of political dissent. Covert, extrajudicial surveillance projects like those acquired by TotalEnergeis and Oil and Gas Police can contribute to making Uganda a less open and democratic country. This situation is likely to worsen with the eventual addition of the centralized communications monitoring center under the intelligence services’ control.

About TotalEnergies project in Uganda and Tanzania

TotalEnergies is a major oil industry player in East Africa. It is developing a series of high-impact projects in Uganda and Tanzania that could lead to human and environmental disasters unless they are substantially modified.

This project is an environmentally destructive oil & pipeline project in sensitive wetlands and protected ecosystems without appropriate safeguards. Dubious land acquisition strategies and the lack of environmentally protective design and operational practices combined with a history of human rights abuses to make these projects have been documented.

On 01 February 2022, the final investment decision for the projects was announced. Environmental activists and human rights organizations are challenging Total’s actions in Uganda in a French court under the French “duty of vigilance” law. Partners Total Energies, CNOOC Uganda Limited, the Uganda National Oil Company (UNOC), and the Tanzania Petroleum Development Corporation (TPDC) will now be exploiting some of Africa’s biggest oil reserves on the shores of Lake Albert, which sits between Uganda and the Democratic Republic of Congo and ship it to international markets from Uganda through Tanzania, via a pipeline running beside Lake Victoria.

Land acquisition for oil development in Uganda already has a poor track record. Local communities accuse TotalEnergies and the government of expropriating their land unfairly. There has been a general lack of information about the projects. Relocations to clear the area for Total’s fossil projects are disrupting community traditional livelihoods and cultures. Land speculators expelled local people claiming the community members were illegal occupants, despite living on the land for generations.

Human rights violations are occurring across the region. Tensions are high in the Albertine region, especially for communities directly impacted by oil development and the human rights defenders working on their behalf. Journalists and researchers covering these projects have been targeted for abuse. On the ground, organizations are unable to freely visit villages affected by oil projects and have been abusively arrested, attacked, intimidated, and harassed.

There is heavy deployment of armed forces in the Albertine region and multiple instances of police brutality, arbitrary detentions, and surveillance have been documented. There are widespread fears and intimidation within local communities and local organizations are afraid to speak or voice concerns about the situation.

The Albertine Watch calls upon human rights defenders and environmental activists to take extraordinary security measures to safeguard against foreseen potential widespread digital attacks anticipated against the activist communities in the Albertine region.

The Albertine Watch is a “Decentralised Network” of invisible activists and human rights defenders that supports the digital safety and protection needs of politically targeted organizations through direct consultations, and professional capacity buildings. We conduct safety risk mitigation strategies and link politically targeted activists to support networks. We work with human rights researchers, journalists, academics, activists, and targeted individuals, we conduct fact-finding, investigate, and respond to threats against activists. We investigate and expose the misconduct of Multinational corporations involved in extractive activities and large-scale land deals.