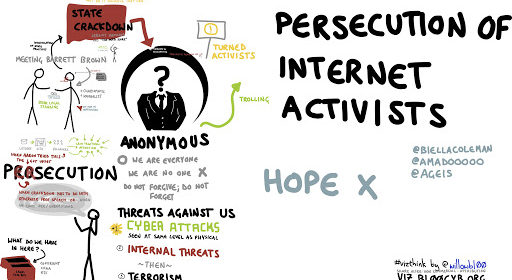 There are concerns for the safety of human rights defenders working in the Albertine region of Uganda as they confront land grabbing and severe abuse of natural resources in the Albertine Graben .

Human Rights Defenders in the region are systematically being targeted for their stands on environmental destruction being caused by Oil drilling and exploration activities in Lake Albert and Murchison falls national park .They have continued to campaign in critical areas experiencing gross human rights and environmental degradation. Like the recent human rights abuse through forced land evictions and displacements of communities which are championed by sugar companies and companies related to infrastructures development in the Oil and gas industry .Defenders who seeks to ensure that communities get more involved in engaging the Oil waste consolidation, treatments facility companies and sugar companies perpetrating human rights abuses in both in Rwamutonga and Kijayo people’s displaced camps and sugar companies targeting degradation of Bugoma forest such as Hoima Sugar Limited are brought into books are already scared for their life being threatened .

Human Rights Defenders in Bullisa ,Hoima and Nwoya districts who spoke to this website said that they fear for their lives because they are subjected to violent attacks and threats, enforced disappearances,illegal surveillance ,blackmail,sexual harassment and other forms of violence and discrimination of their activities .

In most cases,the perpetrators are wealthy members of the community, politicians and members of Oil companies .One Human Rights Defender ,Luzira ( not his true name ) who spoke to Albertine Watch under anonymity for security reasons told us that Kahwa Francis and Kigorobya member of parliament David Karubanga intends to cause his arrest .They accuse Luzira for protecting farmers whom they said are farming on their lands in waaki and Runga villages in Hoima district respectively. Kahwa is accused by communities for sponsoring killings for more than 25 Baralu pastoralists and the Alur farmers in Waiga and Waaki .

Human Rights Defenders faces severe risks ,because of their works in the region that are rich in natural resources and that are coveted by state and non state actors alike .Human Rights Defenders in Bullisa, Nwoya and Hoima are frequently opposing land grabbing ,natural resources extraction, mega projects and deforestation activities on their lands and territories, arguing that these will endager their traditional ways of life and livelihoods in general .These human rights defenders are promoting alternative visions of development that places a primacy on sustainability, human rights and environmental rights .

Many of the violations against human rights defenders take place in the context of their works on extractive industry, land rights ,illegal poaching , large scale evictions and large scale projects such as hydro electric dams or Oil and gas pipelines .For example, Bullisa district based activist Kiiza Wilson is facing obstacles to progress of his organisation as his work is seen as ,anti development or even he is seen as enemy of state or terrorist trying to dupe youth and and women into civil disobedience .Kiiza Wilson is the executive director of Bugungu Heritage information center , a local Human rights organisation based in Bullisa town council .

But this is not the case in Albertine region of Uganda particularly in Bullisa ,Hoima and Nwoya districts among others .Human rights defenders working on land protection are increasingly being targeted and they face serious risks all over the region for their works .

According to frontline defenders, more than 312 human rights defenders were murdered in 27 countries in 2017 alone .They were killed for their peaceful work ,according to data collected front line defenders. More than two-thirds of these ,67% of the total numbers of human rights defenders killed ,were defending land ,environmental and indigenous people’s rights ,nearly they were all killed in the contexts of mega projects ,extractive industries and big business .