An account of illegal activities of top brass military men and top political figures relating to trans borders business, human rights violations, tax evasions, and gun trafficking in the Albertine region of Uganda and the north-eastern democratic republic of congo. 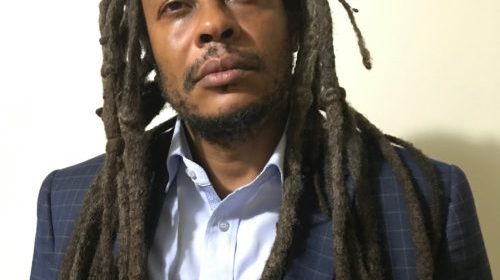 The dilemma as the illegal activities of top brass military and political figures have been exposed.

The Albertine Watch has learned that since March 2017, more than 40 fishermen were shot dead on Lake Albert and most of the victims were from the Democratic Republic of the Congo and Panyimur Dei in Pakwach district. And evidence suggests that the killings were and is being engineered by top political figures, business elites, and former Democratic Republic of Congo rebel leader Chef Kahwa Yves who deals in the timber business, ammunitions, gold smuggling, and military hardware and equipment. Chef Kahwa Yves is supplying top businessmen in the Albertine districts of Pakwach, Bullisa, Nebbi, and Hoima with guns and stolen engine boats. He is doing this all over the fishing villages on Lake Albert in Uganda and the North-Eastern Democratic Republic of the Congo.

The Albertine Watch is reliably informed that some group of businessmen and top political figures in Pakwach, Nebbi, Bullisa, and Hoima districts are collaborating with Chef Kahwa Yves to smuggle timbers, gold and some of them he is using to sponsor the killings, and the mass shooting of fishermen on Lake Albert in Uganda and the Democratic Republic of Congo. These individuals he is collaborating with possess guns and military equipment which they have acquired and they use them for robbing and vandalizing fishing gears like engine boats, fishnet, and also intimidating local people.

Apparently some policemen under the influence of the said elites are threatening to arrest those opposing the fraudulent dealings of the top brass military and political figures involved in Transborder business and tax evasions.

A couple of weeks ago, two boats were seen loading guns and other military equipment in Nkondo village, Hoima district. All the guns and other related military equipment’s including tear gas and machine guns, bullets, and military uniforms were seen being loaded and transported to the Democratic Republic of Congo through Lake Albert in Uganda. The two boats landed in the Kasenyi landing site in Ituri province of the North-Eastern Democratic Republic of the Congo where the goods were offloaded from. The final destinations of the offloaded goods are not known up to now.

According to Trials International, Kahwa Yves was born on 20 August 1973 in Bunia, the regional capital of Ituri, in the Democratic Republic of Congo (DRC). He was a former member of the Union of Congolese Patriots (UPC) of Thomas Lubanga and on 14 February 2003, founded the Party for Unity and Safeguarding of the Integrity of Congo (French acronym PUSIC).

PUSIC was actively backed by the Ugandan authorities within the framework of the FIPI (Front for Integration and Peace in Ituri-a coalition of PUSIC, the Front for National Integration led by Floribert Njabu Ngabu and the Popular Force for Democracy in Congo of Thomas Unen Chan). These groups controlled a large part of the North and the North-East of the DRC, especially the zones in the Nord-Kivu province, those of Ituri and major parts of the Province Orientale and that of the Province of Equateur.

Despite the signature, on 16 May 2003, of the Dar-es-Salaam Ceasefire Agreement between the Front for Integration and Peace in Ituri, the Congolese Government and the five rebel factions in Ituri, confrontations still continued as much in Bunia as in Tchomia as well as in other locations in Ituri.

According to the allegations brought against Kahwa Yves, his party was allegedly responsible for the destabilization of the district of Ituri. Furthermore, by setting fire to the medical center and to schools and churches in the districts of Zumbe and Bedu Ezekere between 15 and 16 October 2002, Kahwa Yves, was accused of being responsible for the death of at least 10 persons.

Kahwa Yves was arrested on 9 April 2005 in Bunia by the Congolese judicial authorities with the help of the UN peacekeeping forces (MONUC – the United Nations Mission in the Democratic Republic of Congo).

He was accused of murder, arson, and misappropriation of public funds. His arrest followed that of several other leaders of Ituri militias, including Thomas Lubanga and Floribert Njdabu Ngabu.

On 14 October 2005, Kahwa Yves was given a first-time sentence of five years in prison by the Bunia County Court for the arbitrary arrest of Ntumba Luaba, who was the DRC Minister for Human Rights at the time.

Two new legal proceedings were then brought against Kahwa Yves in October 2005.

On 19 January 2006, the Bunia County Court sentenced Kahwa Yves to life imprisonment for conspiracy, murder, and wanton destruction of property. His lawyer appealed this decision.

Finally on 1 August 2006 (after a trial which began on 19 June 2006), an Ituri District Military Court sentenced Kahwa Yves to 20 years in prison for crimes against humanity. He was also ordered to compensate fourteen of his victims an amount between $2’500 and $75’000 in compensation with interest.

Kahwa Yves appealed this decision before the Kisangani Military Court.

On 15 February 2008, the Court of Appeal in Kisangani acquitted Kahwa Yves. It based its decision on the grounds that all the offenses are covered by the law on amnesty (of December 2005) for acts of war and political offenses.

The representative of MONUC, however, pointed out that the amnesty law excluded “crimes against humanity and war crimes in its field of application”

The attorney general of Kisangani announced his intention to lodge an appeal against the ruling. As of June 2011, Kahwa Yves is detained at Makala Central Prison in Kinshasa.

On 13 August 2014, a military Court of Orientale Province sentenced Kahwa Yves to nine years imprisonment. He was convicted for assault, murder, participation in the insurrection movement, possession of weapons of war, crimes against humanity, and war crimes. He was acquitted on several counts of murder, but the Court upheld the guilty first instance verdict from 2006. In addition, he must also pay $85’000 in damages to the families of the victims.

However, Kahwa Yves has been detained for nine years and four months, which would mean that he should be released immediately since he has served his sentence.

Kahwa Yves name also appeared in the UN list of sanctions, with the consequences of his assets being frozen and having a travel ban. These sanctions were imposed due to accusation of him being involved in the trafficking of arms, playing a role in the insurrection movement, and recruitment and use of children as soldiers in the period between 2001 and 2002.

Meanwhile, hundreds of locals of Nkondo Village, Kabwoya Sub County in  Hoima District are being sent or have already fled as their land is given off to former Congolese rebel leader Kahwa Yves without their consent.

Museveni leasing of 45 hectares off to former Congolese rebel leader Kahwa Yves has led to intimidation, repression, detentions, rapes, beatings, environmental destruction, and the imprisonment of journalists and political objectors opposing the development.

A field visit by Albertine Watch suggests that hundreds of locals are in the process of being evicted or have to flee to neighboring villages after their traditional land has been handed to the former Congolese rebel leader Kahwa Yves without their consent. The situation is likely to deteriorate further as Kahwa Yves, a rebel leader starts to gear up his operations and the government pursues plans to lease as much as 45% of the land in the Albertine region to the former Congolese rebel leader.

Conversations with the locals affected reveal that it’s the fulfillment of the promise that Ugandan President Museveni has made with Kahwa Yves of giving him land is getting True. Museveni promised to give kahwa a huge chunk of land in the Albertine region on a condition that Kahwa Yves will support his government in case of opposition attempts to overthrow him.

Kahwa Yves is one of 300 Congolese soldiers living in Uganda at the expense of the Uganda government. The report indicates that Kahwa Yves prefer living on the shore of Lake Albert more than living in Kampala because of its strategic location which is an added advantage for him and Museveni to smuggle gold and trafficking guns.

The situations on the ground are very bitter and are likely to culminate in conflict. Land Rights activists have warned Kahwa Yves that he is risking. When people are pushed to the edge they will fight back. A citizen has to say this during the Albertine Watch visit “Working with African dictators who are stealing from the people is risky, unsustainable, and wrong. We welcome Museveni decisions to grant amnesty to Kahwa Yves but not this daylight robbery”.

Communities that have survived by fishing and moving to higher ground to grow maize are being chased and said they will become helpless for food. They are saying they will never leave and that Museveni will have to kill them.