Taking total to court: Civil Society activists to present Solid evidence as Total has denied that she is not involved in human rights violation and lack of vigilance 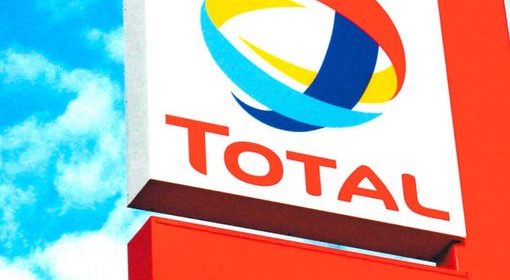 Total and Atacama Consulting have committed widespread systematic human rights abuses against local communities. Well documented allegations of violent and systematic abuses include rape, torture, forced labor, land confiscation, and forced relocation as well as environmental harms. Many of these abuses and others are still ongoing and are documented by Friends of Earth International and the community activists in the Albertine region.

Total has denied that she is not involved in human rights violation and lack of vigilance in Uganda despite the many shreds of evidence of violations Total has committed against the community living in the Albertine region through the Tilenga project. It’s now very evident that Total is going to face the court because she has denied the accusations that its vigilance plan and its implementation did not meet the obligations laid down by the law of due diligence adopted in 2017.

In June 2019, Friends of the Earth France, Survie and four Ugandan NGOs (AFIEGO, CRED, NAPE / Friends of the Earth Uganda and NAVODA) together with the communities in the Albertine region accused Total of failing to follow the French Vigilance Law on cooperate responsibility. Together, they have asked Total to comply with the law on due diligence the first step required for a court summons.

Although the judge gave three months for Total to prepare her defense, Total has denied the allegation of any involvements in the complicit Tilenga project. Now, the truth is piling up against the Total and the Tilenga project through multiple lawsuits that are going to be brought against Total by the communities in the Albertine region led by civil society organizations and local activists. Instead of accepting her responsibility for causing harm and human rights abuse due to the Tilenga project.

Long months of field investigations show that the Tilenga is majorly responsible for the increasing attacks and risks of serious human rights violations to tens of thousands of people, and a big threat to a natural park in the heart of the Great Lakes region. This is the first case of the use of the law on the duty of vigilance of multinationals concerning the consequences of the activities of a subsidiary of a large French group abroad.

In answering the complaints brought against Total by the Civil Society organizations at the end of June this year, Total responded to the complaints in two pages that it complies with the law and that she does not intend to change the content of its vigilance plan, nor to reassess its implementation. Furthermore, Total claims to implement the Tilenga Impact Study and the planned resettlement plans, which Civil Society organizations and the community in the Albertine region have clearly challenged in their formal notice at the end of June this year.

Civil Society organizations led by Fiends of the Earths have also noted the lack of positive development on the ground, the absence of questioning of the practices of Total’s subsidiary and its subcontractor the Atacama, and therefore the lack of conformity of the parent company with the new obligations created by the law on due diligence. Worse, the pressure has increased on some people affected by the project (compensation still not paid to some of them and pressure on those who have not yet signed the documents related to their expropriation) and civil society activists on site are subject to both direct and indirect intimidation.

According to the media report by the Survie, its believed that the only thing that has changed since June regarding Tilenga and EACOP projects oil production of 200,000 barrels/day in Uganda and construction of the largest oil pipeline in the world from Uganda to a Tanzanian port is the threats to suspend some of the activities if the tax conditions obtained from the Ugandan authorities do not meet Total’s financial objectives. The impact on human rights and the environment does not at any point in the eyes of the Total

During the National Assembly in September this year, the CEO of Total Patrick Pouyanné mentioned that Total does not take this duty of care law seriously and denies the seriousness of the situation in Uganda. Civil Society organizations led by Friends of the Earth International and the communities in the Albertine region are preparing to seize justice and call to end to the Tilenga project.

Very large oil reserves were discovered in 2006, today estimated at nearly 6.5 billion barrels (equivalent to the accumulated reserves of Gabon, Congo Brazzaville, Chad and Equatorial Guinea for example) and which has since attracted the most voracious interests of a whole host of multinationals, foremost among which is the French major Total.

It has been present in Uganda for over 60 years via its marketing channel (where it now has about 25% market share). Between 2011 and 2012, it bought, just like the Chinese company CNOOC, 33% of the three licenses of the Anglo-Saxon junior Tullow Oil which had obtained the monopoly. Each member of this consortium thus had, until the beginning of January 2017, a third of the shares of each license, Total being operator of the main field, which is in the natural park of the Chison Falls Wall. On August 3, 2016, Total obtained the production licenses, as did Tullow oil (CNOOC had already obtained them). On January 9th, Total announces that it will still buy back 21.57% of Tullow’s licenses for $ 900 million, thus owning 54.9% of all licenses in the country,

To export oil from western Uganda to Lake Albert (on the border with the Democratic Republic of Congo DRC), two routes for the pipeline were discussed: the first to Kenya supported by Tullow Oil, and the second to Tanzania supported by Total. While the first seemed to have the favor of President Y. Museveni who had signed in August 2015 an agreement in principle with Uhuru Kenyatta (President of Kenya), Total managed to completely change the first plan. Indeed, the French major, according to the Indian Ocean Newsletter(6/5/2016) and other Ugandan media, is proposing to the Ugandan government to finance the construction of the oil zone pipeline alone at Tanga Port (Tanzania) for an estimated cost of between 3.5 and 4.5 billions of dollars. Following this tantalizing proposal, Kampala announced in April 2016 that the pipeline will pass as the desired Total by Tanzania, and signed an agreement in this direction with the authorities of Dar Es Salam. Except that at the end of 2016, the situation changes, the major announces that she has never made such a promise, and ”  claims to have simply assured Yoweri Museveni’s regime of his goodwill to raise funds for the project  ” ( Letter from the Indian Ocean, 11/11/2016), which of course enrages the Ugandan presidency … This will remind the latter not to trust this French company!.

Although logging has not yet started (expected between 2018 and 2020 probably), the negative effects on local people and the environment are already being felt. Since the discovery of oil in the area of ​​the basin of Lake Albert, land grabbing against populations – mostly peasants is raging, resulting in expropriations and mass expulsions land speculators who obtain land titles illegally, while local people can only claim customary rights. The latter, although recognized by the Constitution, have little value in court over land titles. Today, 6 people alone have 8400 hectares (The Indian Ocean Newsletter, 11/09/2016.) For example, why this sudden interest in all these lands in the oil zone? In particular, to obtain compensation from the multinationals or the State for the use of their lands. This phenomenon of hoarding is accentuated by the fact that the Ugandan State and the multinationals do not compensate in the same way for people who have just land under the customary land rights system for which compensation is often ridiculous – that those with a land title, for which the compensation can be extremely high (this type of title is almost reserved for an elite because of the cost of the approach and corruption practices almost necessary to obtain them in the Oil rich Albertine region