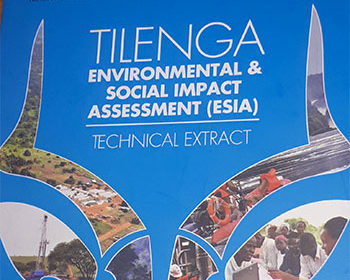 PARIS — French and Ugandan campaign groups including Friends of the Earth have filed a legal notification with Total, claiming it has failed to address the human and environmental impact of its Ugandan operations as required by French law.

Under France’s Corporate Duty of Vigilance regulation, large French companies are obliged to publish annual plans that address the adverse impact of their activities, and those of subsidiaries and suppliers, on people and the environment.

In their June 24 notification, the campaign groups say Total’s 2018 plan makes no specific reference to its Ugandan Tilenga project, and thereby violates the law.

A spokeswoman said Total was waiting to receive the group’s full notification before commenting and said Friends of the Earth had not responded to an invitation to discuss the firm’s projects in Uganda and neighbouring Democratic Republic of Congo.

The six groups claim Total has intimidated and failed to properly compensate local land-owners, and has failed develop adequate environmental safeguards to protect the surrounding national park through which the Nile river flows.

The notification triggers a three-month period for Total to show it meets its obligations, or else victims can bring the issue before a judge.

“We fought for years to see this law passed. This first case is a real test to see if it does indeed allow us to prevent future human and environmental catastrophes,” Juliette Renaud of Friends of the Earth said in a statement.

The French multinational hopes to begin producing oil in Uganda in 2022.

Uganda discovered crude reserves more than 10 years ago but production has been repeatedly delayed by disagreements with field operators over taxes, while a lack of infrastructures such as a pipeline and a refining facility have also held up output.

China’s CNOOC and Total and London-based Tullow Oil have stakes in two areas.CNOOC is the operator of Kingfisher area, while Total leads the development of Tilenga.

The article was originally published by Reuters