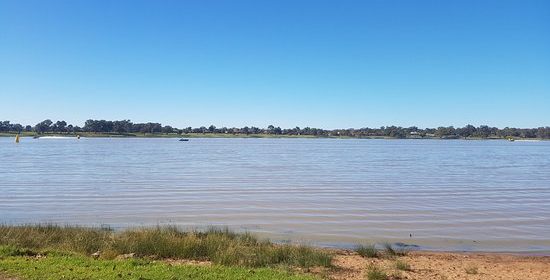 Evidence from Dei revealed that Police are conducting illegal activities that involve smuggling of timbers, cattle raid and drugs dealings.

This reports come as a result of long time investigation conducted by the Albertine Watch in the two districts of Buliisa and Pakwach . During the investigation, the Albertine Watch went undercover in Buliisa and also in Panyimur to spy on the activities of border security agency .It was revealed that the security agencies guarding Panyimur – Mahagi Port border are engaged in illegal activities. Since July 2018, a total of 700 cattle were raided by Dei Police and these cattle were transported from Bulisa- Songa Lendu through Dei landing site. Evidence indicates that cattle raided from Buliisa are usually sold within Pakwach district and others are given away to Democratic Republic of Congo police officers in exchange of timbers, cigarettes, fuel and gold.

Kushaba Michael, the OC police of Dei police post is one of the top suspects that are involved in the illegal trading activities at the border of Dei and Mahagi port. On 26th, August 2018, Kushaba Michael was heard telling group of women in Dei that since he came to Dei, he accumulated a lot of wealth and  a lot of money more than any other places he has been to in his entire professional life. He cited that apparently , he wish that he should not be transferred to another place because he has made a lot of money in Dei and that he would like to remain in Dei for one more year so that he can be able to complete the construction of his residential house in Mbarara. He told some group of women in Dei  that for him every after two weeks he must travel back to his home village in Mbarara district to take back the money he gets from smuggling, cattle raids, looting and bribes which he said is too much more than the government salary he earns. Kushaba Michael noted that since he was posted to Dei three years ago, he has got a lot of money and invested in various businesses. He said that right now, he is the major supplier of bricks in his village. Part of the money he has invested in bricks laying business in which he is supplying numbers of constructers in Mabarara district who mostly buy bricks from him.

Buliisa district has registered larger number of cattle theft in the last 3 years according the Buliisa district production officer. It’s alleged that cattle keepers all over Buliisa district continued to lose their cattle under unknown circumstances. But according to the Albertine Watch investigation , its revealed that Kushaba  Michael has several times commanded his police force to sail dozen cattle from Buliisa , along Lake Albert through Dei –Panyimur.

Cattle raids in Buliisa have gone viral in the last 3months with a sharp rise in the number of people killed on Lake Albert during cattle raids. Groups of gun men were several times seen sailing from Dei to Wanseko and Songa Lendu side in Buliisa district to shoot fisher men before sailing towards Buliisa to conduct cattle raid.

According to the most recent statistic at the Albertine Watch, more than 20 people were killed on Lake Albert in an event that look similar to cattle raid clearance exercise . The police under Kushaba usually return to shooting fishermen to clear ways for them. Albertine Watch has seen spot of blood and Cow dung in several boats in Kayonga and Dei landing site in the month leading to September 2018.

The tactic of cattle stealing by Dei Police is affecting the livelihoods of the local people of Buliisa who have reared cattle since times in memorial.

If this event continued, it will lead to severe prolonged and bloody clashes between the Bagungu cattle keepers and the security agencies in Dei.

Pakwach district Police boss Mr Frank Muzoora despite of having the knowledge of the conduct of his officers , he has failed to take immediate action to  address the issues being caused by his police officers.

The Community of Bullisa is calling on the government to look into this matter further before it goes out of hands. The residents of Songa Lendu village, however, feel that the Bulisa district police have failed to respond to attacks on them. They say the Buliisa police administration may be  fearing  their colleagues from Dei, but also they could be having little motivation to do their job because of isolated and poor working conditions – many deployed police in Buliisa are reportedly junior officers and don’t have adequate food or water supplies to guard local community away from Buliisa town.