Free Media is an essence of Democracy and a threat to dictatorial regime : some non-democratic regimes have allowed free or partly free media .There is  a circumstances in which dictator Yoweri Kaguta Museveni of the Republic of Uganda see that media is not beneficial to his regime. The success of a democracy depends, in part, on public demand for democratic institutions. Internet penetration is associated with greater citizen commitment to democratic governance. Furthermore, greater democratization and Internet penetration moderates the relationship between Internet use and demand for democracy.

In 1985, Mikhail Gorbachev , the new leader of the Soviet Union , face disturbing problem.A surge in the budget deficit following a sharp drop in Oil prices was the latest sign that the command economy, which had already underperformed relative to the West for more than a decade required significant restructuring .Without allowing a certain degree of media freedom, reform of the highly inefficient bureaucratic system sound all but impossible .In a small meeting with the leading Soviet intellectuals, Mikhail Gorbachev acknowledged; “ The restructuring is progressing with great difficulties .We have no oppositions .How then can we control ourselves ?only through criticism and self-criticism  .Most important through glasnost “ .On the other hand ,free flow of information could undermine the very foundation of the Communists party dictatorship . In the very same meeting, Gorbachev warned that “Democratization without glasnosts does not exist .At the same time, democracy without limits is an anarchy .That is why it will be difficult “ .

Gorbachev dilemma was by no means unique: every non- democratic regime has to provide an inventive system for low tier officials, and most such regimes fear free flow of information as a threat to their political survival. 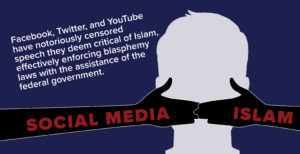 This blog looks into how President Yoweri Kaguta Museveni of Uganda is trying to control media to enable him rule the country for life.Museveni fears for free media is well justified: As the recent social media taxes in Uganda has shown .Museveni think that by choosing a policy that affect both his own party politicians, supporters and the general citizens interests will make him succeed the oppositions if the policy is properly implemented , which requires him hiring forces who may work or shrink .Museveni has been relying on special monitoring agencies which are already vulnerable to collusion with the bureaucrats they monitor ; so right now Museveni has realized that preventing such collision is costly .Furthermore, the dictator is scared that if the media increasingly report that his policy or government has failed , the public infers that Museveni is likely to be inept ; therefore, the citizens would be better off replacing Museveni.It should be noted that a negative media reports like the one Museveni is scared of can easily make indiviadual citizens aware of the of Museveni incompetence, it can makes Museveni incompetence common knowledge , which is critical for  successful revolution .

Revolutions involves a coordination problem: a citizen takes part in revolt against an incumbent only if he knows that others will join a revolt.Therefore,fear of being replaced because of media reports of his bad policy and his political failures is absolutely the force behind Museveni control of media because he knows that if his misery is shared by others and every one up to the village level is sufficiently knowledgeable of his bad policy and the atrocities he has committed during the 32 years leadership , then revolution against him will be possible . 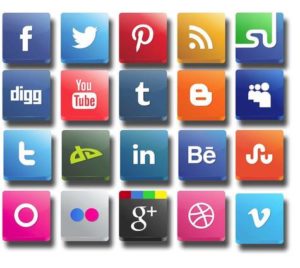 Museveni is more interested in remaining in office because rents are higher; he cares less for anything other than himself alone. This therefore, implies that because of Oil wealth Uganda is likely to have less media freedom as long as Museveni is still the president of Uganda.

It’s well noted that apart from social media taxes, Museveni is creating monitoring agencies including secret services to spy on NGO’s, media managers, religious organizations, cultural leaders as well as universities and critical ministries .Museveni will work with these new agencies and secret groups to produce information for him without leaking it to the media and the public.

It’s clearly indicated in the media report that Museveni decision to slap taxes on social media sites in Uganda is a calculated move that followed a breakdown of relationship with Facebook in the wake of 2016 presidential elections. A few days before the general elections in which president Museveni was facing stiff competitions from Forum for Democratic Change FDC Dr Kiiza Besigye , opposition activists intensified their social media campaigns  against president Museveni .The opposition was using media to mobilize supporters for Dr Besigye.Museveni party was too weak as far as social media uses was concerned.

Uganda has about 3 million Facebook users with the youth forming the majority of social media users. Oppositions activists used social media mostly Facebook to mobilize the youth to rally behind FDC and also they provided live coverage of the opposition leaders speeches. This development in technologies has forced Museveni to regulate social media.

Also it should be noted that in light of the Arab spring’s revolutions of early 2011, the internet and its tools of social media have been praised as instrumental in facilitating the reveolution. Therefore, it seems that Museveni has been looking at all these elements closely at the extent to which activists are using social media sites like Facebook, twitter, whatsapp , Youtube and wordpress  as tools for organizing and generating awareness of political mobilization in the uprising that took place in Egypt in January and February 2011.

The Arab springs revolutions of 2011 fostered a budding dialogue about the role of social media as a tool for political mobilization towards regime change and pro-democracy movements. 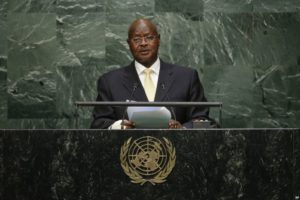 According to the United Nations Development Programme UNDP. It’s believe that addressing poverty requires not just a transfer of economic resources to the needy but also making information available to the poor so that they can participate more meaningfully in political and social life .After all, the poor cannot assert their rights if they don’t know what these are .If they are unaware of the laws and procedures for availing themselves of their entitlements or the mechanisms they can use to remedy their marginalization, they will always remain poor. Democracy cannot take root if the poor and powerless are kept out of the public sphere.

So , no wonder Museveni is so scared to sustain social media use in Uganda because he thinks this will probably lead to his downfall especially when it involve reporting on corruption ,human rights violation, and other forms of wrongdoing in his government .Museveni is aware that if he allow media freedom , this will provide evidence that will lead to his impeachment and will fuel public outrage against his regime.

It’s our responsible as Ugandans to reject that dark and narrow vision of Museveni, and to join efforts in betting that an open Internet will lead to stronger, more prosperous Uganda. This is not a bet on computers or mobile phones. It’s a bet on the human spirit. It’s a bet on people. And we’re confident that together, with our partners and government, the private sector, and civil society in Uganda, who have made this same bet, we will preserve the Internet as open and secure for all.

We should honor the Universal Declaration of Human Rights, which reminds us of the timeless principles that should be our North Star. And a look at the world around us and the way it is changing reminds us there is no autopilot steering us forward. We have to work in good faith and engage in honest debate, and we have to join together to solve the challenges and seize the opportunities of this exciting digital age.