Media freedom are fundamental of good governance : A case of Activist Jomeo Richard. 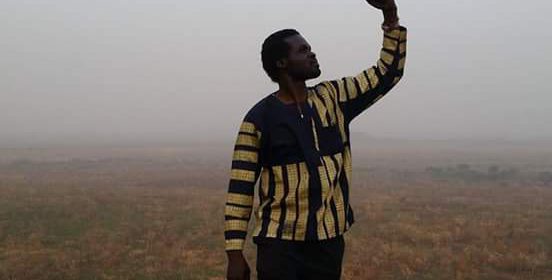 For the past months in a row, many in Kitgum have been calling on Jomeo to ascertain whether his silence from media of late is not due to alleged RDC intimidations of the media in Kitgum, or he has thrown the towel before they can begin media boycott with business opportunities. However, the media houses are running out of patience as pressure is mounting also on them from the public with suspicions that they could have circumbed to intimidation and verbal threats from these “big men syndrome” in the district. “we shall boycott your radio” or follow these people to whatever radio they shall be or we shall support them through open rallies” if it’s true that they sabotage government program indeed as its being alleged or are personal during radio talk shows, and why don’t you take him to courts of law as one army general did instead of intimidating and threatening media platform”- one concerned business woman complained bitterly in Kitgum

As a result of these and much more, lack of both political and financial accountability by the municipality leadership, with no community feedback and participation on day to day governance of their area and service delivery model engagement, misrepresentation of the constituency, financial misappropriation, crack down on media freedom and personalities, lack of master plan for the municipality, the coldness of the opposition political parties in failure to provide alternative checks and balances and thin contribution from the CSOs, CBOs, and it appears like the public are boiling with no alternative option but to withdraw hope though they urged where need be, the leaders should fulfil their political pledges, promises and protect the interests of their electorates as opposed to political conflicts and which- hunt and tensions now and then by political leaders, usurping administrative roles and functions of the technocrats, frequenting state house without involvement and participation of the electorates whose feedback are only allegations of direct benefit to leaders in the form of state house transport refund and allowances of 500,000 to each and the people of kitgum are left in suspense……

on account of the above and much more, Jomeo paid a courtesy call to RDC Kitgum following up with the conflict resolution steps and mechanisms him being a student of peace and conflict resolution that he was but the outcome did not only surprise but also shocked us and even the RDC whom all expectations where that by virtue of his position, he is professional but ironically his response, loud voice and acting on panic mode never whom he never thought it was being monitored by digital developments which among others threatened to arrests Jomeo, asked Jomeo never to ever return to the office of the president in Kitgum, asked his aides to push Jomeo out of his office premise…….. All these among others was when the RDC faced with the naked truth from Jomeo of his seemingly partisan work and failure to formalize his actions, and un ending directives as the representative of the office of RDC when he meets media practitioners of Kitgum in camera without formal invitations, offering guidelines within which that some personalities including Jomeo, Ojara Richard Okwera among others should be stopped from participating in the radio talk shows or be regulated against discussing certain topics where possible, and the RDC was being advised on how it was not his mandate to be mouth piece of appear to be the spokesperson of the municipal mayor on the media ban and how he should transit by borrowing leave from neighboring RDCs that writes letters on official communications as opposed to always phone calls even without dialogue and mediation with the parties aforementioned.

Before we expose the recordings of native and machinations of the RDC kitgum on the day Jomeo visited his office to offer him free advice and to remind him of his actions that we felt is against constitutional provisions of his mandate. It was bitter truth and factual, all he as RDC inquired was how District security discussion contents reached out to some of us but our response to him was that “members of district security are human beings with relational qualities and not machines that are bound being programmed”-the response arouse emotions and subsequent mischief, let him put in writing much of the verbal directives to media against some personalities and we respond within the parameters of the law of Uganda or else, we take to the public whom largely power belongs to (Article 1 of Uganda’s constitution).