The Ruling National Resistance Movement (NRM) Legislators Urinate on the Constitution of the Republic Uganda. 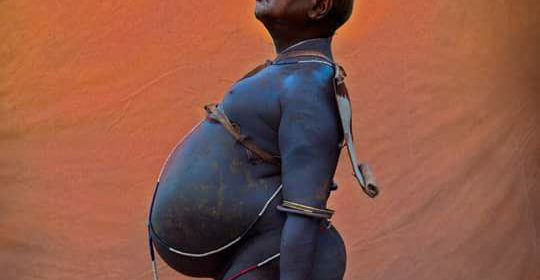 Legislators of Uganda’s ruling National Resistance Movement has on Tuesday voted in support of a motion attempting to amend the Constitution in order to remove the presidential age limit.

The development is seen as a positive step to secure support for Museveni’s candidature in the 2021 general election.

Critics say this is a significant move to install president Museveni for life presidency.

A total of 245 members of the ruling party legislators on Tuesday voted in favour of the motion.

Meanwhile, there is a report that the Chairman Uganda People Congress, (UPC) party for Lira District, Dan Okello, has appealed to National Resistance Movement, (NRM), Members of Parliament to pass a presidential Act to protect President Yoweri Museveni from being prosecuted at the International Criminal Court, (ICC) for alleged crimes he might have committed during his tenure.

Okello Dan told the media in Lira that there are many crimes that the current government under the leadership of president Museveni has done, and in case he is out of power, there are people waiting to take him to ICC.

“The only reward NRM party can give President Museveni is to protect him from being taken to court after retiring from presidency by passing an amnesty bill”.Okello said.

Iduwat Ochom Ugandan lawyer said that this is a great violation of constitutional rights.

“  For the citizens to win this struggle, they have to do whatever little they can to isolate the law makers busy witch-hunting money from the president “ . Ochom said.

Moses Atocon while reacting to the development told this website that Museveni share one thing in common with his African strong men peers that is insatiable greed for power to control people, resources and primitively accumulate wealth.

Moses said that, certainly their fate is bound to end in bursting their belly.

“Fraudulently imposing president Yoweri Kaguta Museveni has taken greed to another dimension. Besides controlling power, all the resources, state institution and micro managing all the levels of society, he is pushing through a very unpopular constitutional amendment which will grant him the absolute control of all the land resources in the country. The paradox is that he is constitutionally prohibited from seeking the same position of the fountain of honor come 2021 when he is officially over the age cap of 75 years. The aggressive stance he has put to have the people deprived of the land ownership for all intents and purposes is a vivid a sign of someone not ready to relinquish power come 2021 “ . Moses said

Moses predicts that Museveni will eat until his belly burst open if Ugandans don’t put a speed governor to his insatiable greed.